Manchester United Midfielder Darren Fletcher,who went to win five titles and a Champions League under Ferguson, recalls a titanic clash between the United manager and his mother.

“I nearly signed for Newcastle. i’d been going to United since the age of 12 and Newcastle were the second biggest team.
Everyone is telling me “look at all those great Manchester United midfielders,you will never get in the team, Newcastle are closer to home.” he said

So I’m thinking of signing for Newcastle and the word gets back to Sir Alex. He called the house one night and my sister picked it up.
She said it was for me and it’s just the boss going absolutely mental. I’m 15,chalk white and he’s just giving it to me down the phone.
My mus sees me and grabs the phone and listen for a few seconds.

She ;says “Dont speak to my son like that ever again” and slammed the phone down.
I’m thinking ’What the hell is going on?’

So the next minute the phone rings again and it’s Sir Alex saying: “I’m really sorry, Mrs Fletcher. We really like your son, I’m coming up on the flight to Edinburgh.“ My mum is probably looking around the house thinking she’s not done the housework or has wishing and she; No you are not they’ll come down and see you.”

“I went there and it got sorted.it was the best decision I ever made and what an influence he was on my career.” Fletcher said 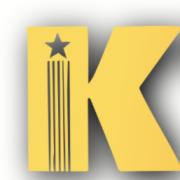 Gor Mahia in trouble with FIFA.

Another German machine deployed to the Premier League